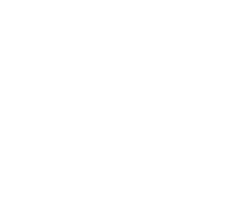 Pours wax between two knives, blades should be directed to each other. As soon as you've finished pouring, take both knives and dissect the trail. This means a cross-wave in the place where a stream of wax had just been poured out. Then put the knives back on the bowl, with the blades crossed, on top of the frozen casting. Allow it to cool completely, then take the casting out.

If the hair (name) was dropped,
Not his hair!
If the blood was spilled by accident,
Not his (name) blood!
If a shirt of (name) was stolen,
not his shirt anylonger!
If a portrait of (name) was painted,
There is devil in the place of (name) drawn!
If (name) was spoiled through clothes/things,
Those are not closes/things of (name), and spoilage is not for (name)!
If (name) was given to the spirits,
Nothing is there now and no roads to (name) can be found!
If the thing of (name) was knitted with knots,
It is not (name) thing!
If (name)'s doll was pierced with needles,
It wasn't (name)!
If hair, blood, rag of (name) was buried in a grave,
it wasn't (name's)!
Everything has fallen from him, has fallen away,
poured on the wax, cut of with the knives
I've disavowed it, and it is gone.
Amen.